Blogs
Home  Blogs  New Peanut Allergy Drug Could Herald A ‘Sea Change’ In Treating Food Allergies, But Is Not A Cure

New Peanut Allergy Drug Could Herald A ‘Sea Change’ In Treating Food Allergies, But Is Not A Cure 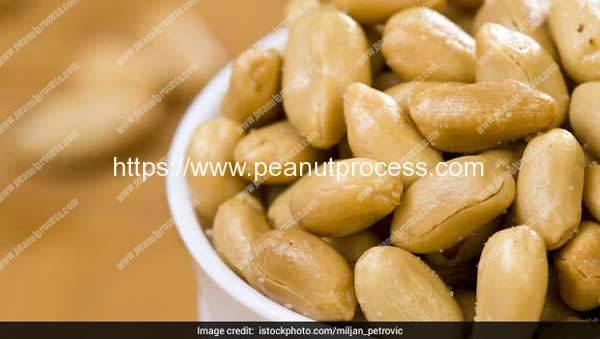 A large study provides the strongest evidence that children and teenagers can be desensitized to peanut allergies through controlled, escalating exposure to a substance that could otherwise trigger a life-threatening reaction – an advance that specialists said was likely to herald the development of new food allergy drugs.
After a year of treatment with an experimental drug made by Aimmune Therapeutics, 67 percent of children and teenagers with peanut allergies were able to safely ingest the equivalent of at least two peanuts, compared with just 4 percent of those on placebo, according to the study published in the New England Journal of Medicine. But that improvement came at a cost – nearly all of the study participants who received the drug, a pharmaceutical-grade preparation of peanut flour, suffered adverse events of some type, and one in 10 withdrew from the trial due to gastrointestinal, skin or respiratory problems or systemic allergic reactions.

For years, smaller studies have suggested that exposure to escalating amounts of peanut allergen could desensitize people to the potentially life-threatening effects of exposure, which can include anaphylactic shock, but several outside experts said that the large, systematic study of 550 people could lead to the first treatment approved by the Food and Drug Administration. The majority of the participants were between ages 4 to 17, the group in which researchers found the drug to be effective.

“I think that we’re looking at going from right now where there’s no approved treatment for food allergy, to a landscape where probably, in a few years, we’ll have a couple of options to offer our patients,” said Corinne Keet, a pediatric allergist at Johns Hopkins School of Medicine not involved in the study, and who said that that would amount to a “sea change” given the dearth of options today. “In the short-term, the products that may come to market are not cures, but I think there are a number of different approaches being explored – and overall, the goal is more of a curative treatment.”

Aimmune, which funded the study, plans to submit an application for the drug to federal regulators next month and anticipates it could launch late in 2019. It is unclear how much it would cost, how long patients would have to take it, and whether it would be covered by insurance.

“For now, the advice will be for ongoing treatment,” said Wayne Shreffler, director of the Food Allergy Center at Massachusetts General Hospital and one of the study authors who has received trial funding and fees from Aimmune. “Further studies will be needed to address whether after some years, some people can alter regular dosing. The large majority of the study participants tolerated the treatment, and I expect the same will be true of its use in the ‘real world’ when and if it’s approved.”

The treatment is not a cure, and the regimen may not appeal to everyone with food allergies. Patients came to a clinic every two weeks to have their dose gradually increased under supervision, over a period of six months. They also took the drug at home daily.

“I think it’s important to remember what the goal of this treatment is – the goal is not to allow people to freely eat peanuts,” said Daniel Adelman, the chief medical officer of Aimmune. “Kids go out the door every morning, and their parents worry, this is the day they’ll be exposed to peanuts and potentially have a life-threatening reaction; the goal of this treatment is to help protect people from those potentially life-threatening reactions.”

Aimmune will expand the approach to other food allergies, testing whether a similar drug could work to desensitize children to egg allergies next year.

Experts warned that this kind of regimen should not be started at home.

There are an estimated 6 million children with food allergies in the United States. In an accompanying editorial, Michael Perkin, from the Population Health Research Institute at St. George’s University of London pointed out that the potential market for a therapy is billions of dollars. The Aimmune drug was a defatted peanut flour made through the rigorous manufacturing processes required of pharmaceutical products, which Adelman emphasized meant it was free from variability that can carry the danger of delivering the wrong dose.

Keet said one concern is whether parents and children would understand the limits of the drug.

COMMENT
“We’d still be asking patients to be reviewing labels, and not ingest anything with peanut in them,” Keet said. “We don’t know what people would end up doing with this partial protection – it may give people a false sense of security.”

Romiter Machinery Co., Ltd. is a market leading manufacturer of Peanut Processing Machine with 10 years experience. Our factory is company, located at Middle China. Romiter has an excellent technical support team, including highly experienced machinists and service technicians. All our machines is equipped with reliable brand components. This enables us to provide our customers with continuous high quality Peanut processing machine at competitive prices.

Share: Thanks for Sharing
Prev： 5 Amazing Peanut Butter Combinations You Would Love To Try
Next： Myth Busters: Drinking Water Right after Eating Peanuts Doesn’t Cause Coughing